You want to die (and go to heaven!) of keto chocolate cheesecake? You have come to the right place!

If you’re like me, you spend two entire weeks of December baking delicious confections. It’s one of my kids’ favorite traditions — never to be skipped! We make english toffee, peanut brittle, three kinds of fudge, Christmas crack (which is popcorn, plus goodies, covered in white chocolate), caramel, five types of dipped chocolates, and batch after batch of various cookies.

My kitchen is filled to the brim with holiday goodies! Can you say temptation?

What’s a keto girl to do?

Why, bake herself up an amazing, sugar-free, gluten-free, low carb, keto chocolate cheesecake, of course!

The holidays should not go by without indulging at least a little, even when you’re trying to follow a keto diet. My pumpkin cheesecake is probably my favorite (it is to die for!) but this death by chocolate cheesecake is a close second.

I keep individual slices of it in the freezer, so I’m not even tempted to indulge in all the things that I know will make me sick. I have my own treats (healthier ones!) while my family has theirs.

This amazing cheesecake is just as rich as its sugar and gluten-filled counterparts!

My oldest daughter wanted to serve cheesecake at her wedding a couple of months ago. I started shopping around and learned that JUST the cheesecake would cost over a thousand dollars. Costco had inexpensive plain cheesecakes, but we wanted ALL the fancy varieties, like the dessert menu at the Cheesecake Factory.

I’d made a few cheesecakes over the years, and they were pretty easy. So I decided to undertake the cheesecake-making myself. I figured I could make 2 per day for a couple of weeks and freeze them all. Cheesecake freezes like a dream — it’s seriously SO easy!

I started looking at recipes for different cheesecake varieties and noticed that all of the recipes were essentially the same, just with different combinations of flavorings and add-ins.

The method I use for making keto chocolate cheesecake is exactly the same as when I make a regular cheesecake, so the result tastes authentic. The sweetener and crust are the only differences.

You can use any natural sweetener you like. Steer clear of artificial sweeteners, though. They are really bad for you!

I used Pyure in this recipe. Keep in mind that Pyure is twice as sweet as sugar, and plan your sweetener accordingly.

Enough talking, let’s get down to business and make this amazing keto chocolate cheesecake!

1. Prepare your springform pan by lining it with parchment paper. The recipe below will fill a 10″ springform pan right to the top. I like my cheesecake tall because tall cheesecakes look prettier and you get more filling!

Blend together with your immersion blender:

Spread mixture into the bottom of your prepared springform pan. It’s sticky and hard to spread, but don’t worry about making it look nice. It’s going to be covered by the cheesecake filling. Sprinkle a handful of your chocolate chips over the crust mixture.

First, make one recipe of ganache. Heat 1/2 c. heavy cream in a saucepan until the edges look like they almost want to boil. Don’t let it boil, though, because it will tasted burnt.

Remove it from the heat and add a 9 oz bag of sugar-free, dark chocolate chips to the hot cream. The higher the percentage of cacao, the lower the carb count. Stir until all the chocolate is melted and the mixture turns glossy.

Set the ganache aside. It will thicken as it cools, so don’t leave it for too long. I got sidetracked, left my ganache for a couple of hours, and it still blended into the filling just fine, so it’s not rocket science or anything. Just maybe don’t stick it in the fridge indefinitely.

Blend together using the medium setting on your food processor (don’t overmix for the best texture):

I’ve made several variations of this cheesecake, and the filling honestly tastes so much better and richer with the combination of ganache and cocoa. I’ve tried using straight cocoa, and it just doesn’t taste as rich or blend as evenly.

Lily’s dark chocolate chips are my favorite, because they are sweetened with stevia (and erythritol) so they don’t give me gastric distress. They are a little pricey, but the other brands that are sweetened with sugar alcohols make me feel so sick. Lily’s chocolate is delicious and rich and will quash any chocolate craving you might have, so they are worth the price!

Once this mixture is thoroughly blended it will be very thick and it will look smooth and shiny. Spread it over the crust mixture in your springform pan.

4. Bake at 330 F for 55-60 minutes, or until the edges are set and the center is almost set but still jiggly. I place a glass baking dish full of water in the oven with my cheesecakes, to keep the humidity in the oven high. But I never place the springform pan inside the water dish, like some recipes say to.

Do not overcook! Overcooking the cheesecake will cause it to have a more dry and crumbly texture. Mine inevitably seem to crack a little around the edges, but don’t worry about that because you’ll cover it with ganache anyway.

6. Make another recipe of ganache to pour over the top of your cheesecake. Heat 1/2 c. heavy cream in a saucepan until the edges look like they almost want to boil. Don’t let it boil, though, because it will tasted burnt.

Remove it from the heat and add a 9 oz bag of sugar-free, dark chocolate chips to the hot cream. The higher the percentage of cacao, the lower the carb count. Stir until all the chocolate is melted and the mixture turns glossy. Pour the warm ganache over your cooled cheesecake and return it to the fridge to cool again.

This cheesecake is so rich, you’ll want to cut it into sixteenths or smaller pieces. For company, I like to pipe a rosette of whipped cream, sweetened with a dash of powdered Swerve, onto each slice.

But who am I kidding? I usually just eat this straight from the freezer (minus the whipped cream) when my family is having a sugar-laden treat.

Try serving it to some friends that don’t eat keto or particularly care about nutrition. I’ll bet they won’t be able to tell that this luscious, velvety cheesecake is actually low carb, sugar-free and gluten-free!

*Cheesecake tastes best when only slightly chilled. Remove it from the refrigerator at least a half hour prior to serving for the best flavor!

*Cheesecake freezes really well! Just make sure it is completely cooled, then place in the freezer (ungarnished) for about 1/2 hour to firm it up. Wrap in two layers of plastic wrap, followed by aluminum foil, if you plan to keep it in your freezer for more than two weeks.

I’ve kept low carb cheesecake frozen for around 5 months, and it was just as good as the day I froze it.

When you’re ready to use the frozen cheesecake, move it from the freezer to the fridge at least 4 hours before serving time. Let it thaw in the fridge for 3.5 hours, then move the cheesecake to the countertop for a half hour. The flavors are best only slightly chilled.

Or you can slice the cheesecake into individual portions before you freeze it. Just cut parchment papers into squares and wrap the squares around your knife-blade as you cut, leaving the parchment paper behind when you remove the knife, so you can easily remove individual slices, one at a time, from your frozen cheesecake.

I love that with this keto chocolate cheesecake, I can have a decadent treat on hand anytime I start feeling deprived. Here is a nutrition analyzer from Very Well Fit. 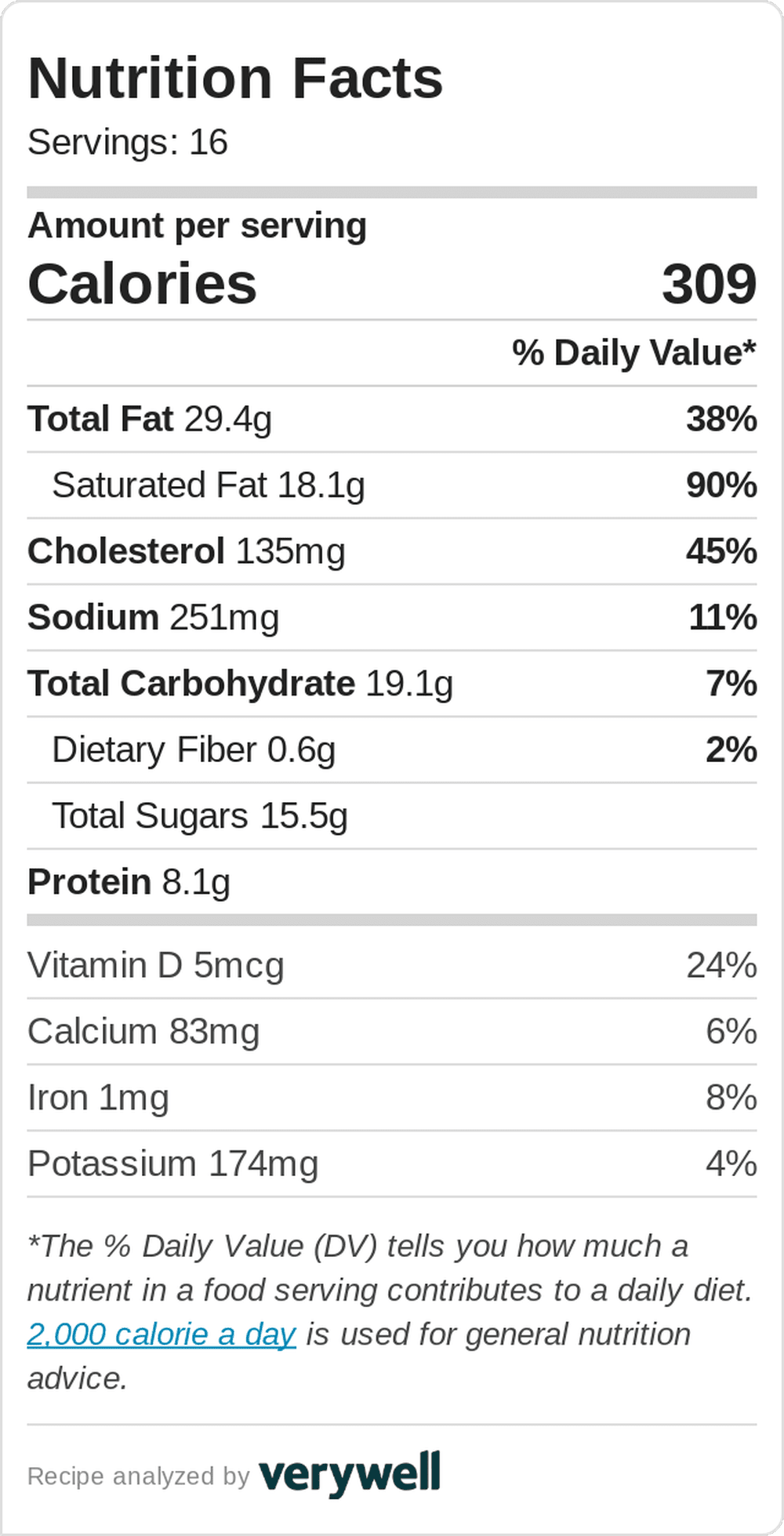